Tour dates to be announced 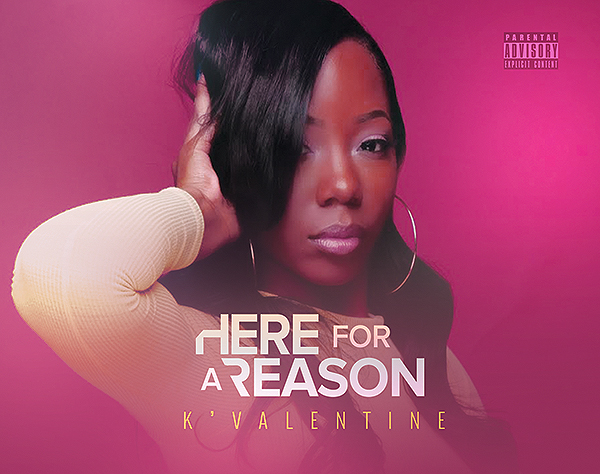 All Albums and Singles

Join me on my Hip Hop journey

As a little girl, K's exceptional artistic ability was so evident that it's no surprise music is her life's passion. When she discovered the power of hip hop, it became her first love. Soon enough, she was impressing friends and family with her vast knowledge regarding the world of hip hop.

K’Valentine established her lyrical journey by writing poetry to surrender emotions she wanted to express. After a chance meeting with world renowned poet laureate Dr. Maya Angelou, before her passing, K’Valentine was encouraged to practice creative writing until she mastered her craft. On the advice of Dr. Angelou, K wrote poetry non-stop, and those poems eventually transitioned into songs.

After reciting poetry at numerous spoken word events and receiving positive feedback, it was time for K to finally get in the booth. Shortly after, she released mixtapes Breakfast at Tiffany's and K’Valentine’s Day.

In 2015, K’Valentine linked up with Javotti Media, a label owned by Talib Kweli, and began to work on her third mixtape, Million Dollar Baby.

Million Dollar Baby finds K’Valentine rhyming over tracks that are new as well as her versions of existing hits, giving the listener a well rounded perspective of a young lady that can lyrically spar with the best of them.

You can also find K’Valentine’s contributions to the world of music on Javotti Media's mixtape, The Cathedral, which placed K in the company of esteemed artists such as Big K.R.I.T., Joell Ortiz, Curren$y and more. In 2015, K was featured on the joint album Indie 500 and in 2016 she was featured on Javotti Media's mixtape, Awful People are Great at Parties, with production from some of the top names in the game including Kaytranada, Hi Tek and the late great J Dilla.

K’Valentine’s love for music has given her a calling, and she is here to answer that call. The music she creates has been and continues to be her own self-therapy. Her debut album, "Here for a Reason" released April 2017, features Tweet, BJ the Chicago Kid, Styles P, Twista and more!

Having a fiercely independent spirit, K parted ways with Javotti in 2018 to pursue her career independently. She is currently working on her upcoming project to be released in 2020.

Here For A Reason